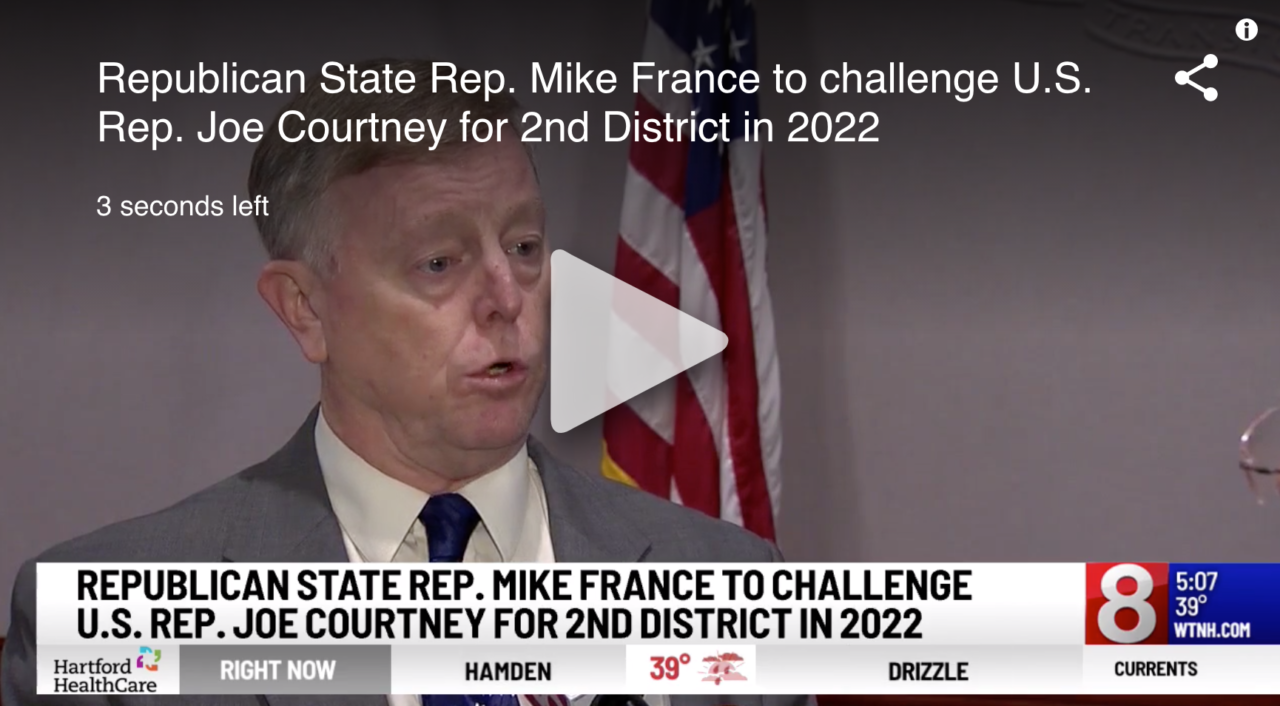 France officially launched his campaign to challenge Second District Congressman Joe Courtney in 2022. France says the withholding of COVID assistance last fall is what got him in the race.

He’s in his fourth term in the State House representing Montville, Preston and Ledyard. France is also chair of the General Assembly’s Conservative Caucus.