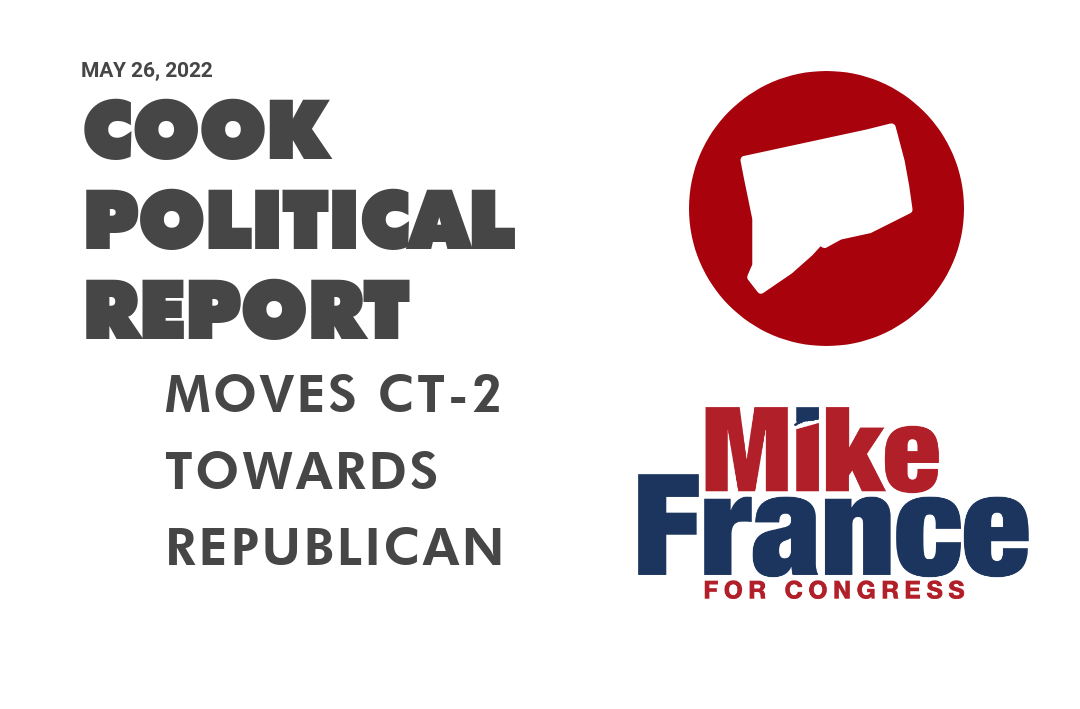 EXCERPT: As the parties navigate primaries and begin polling and placing fall ad buys, Republicans’ House advantage looks as robust as ever. For independent voters, inflation has become such a dominant concern…

Rep. Joe Courtney has all the makings of a vulnerable Democrat this year: voting record match with Nancy Pelosi, silent on rising inflation and energy prices and one of the foremost cheerleaders for Biden’s disastrous Afghanistan policy.

This year, simply taking credit for every appropriation already coming to Connecticut will not be enough to convince voters that Rep. Courtney is willing to put Connecticut in front of the Democratic Party.

BIOGRAPHY:
State Rep. Mike France is the first Republican in years to mount a credible challenge against Courtney, having out-raised the last five Republican candidates in this district combined, France is also one of the only elected officials to mount a challenge like this in over a decade. France is running in a district known the world over as the Submarine Capitol of the World where, during a 20-year career in the US Navy, including multiple war time deployments, he finished his career at Supervisor of Shipbuilding in Groton.

We need your support to win in November…